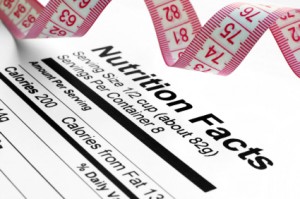 It’s a rare moment when we get to hear good news on the public health front, so when it happens, it needs to be cherished while it lasts. According to new research published in The Journal of the American Medical Association, cholesterol levels are falling in adults. While the authors of the study were excited by their findings, they don’t have a solid explanation for the drop.

There has been a sharp increase in the use of prescription cholesterol-lowering drugs during the study period of two decades. In fact, they have more than quadrupled among adults, going from 3.4 percent to 15.5 percent. While that  might be a convenient and logical contributor to the decline in cholesterol, the researchers say the decline is just as significant in those who did not take a medication for it.

“It was somewhat of a surprise to us to see these favorable trends in people who were not on lipid-lowering medications,” said the study’s lead author Margaret D. Carroll.

A more plausible explanation is the changes in the amount of trans fats in the American diet. There has been a concerted effort to raise awareness of the dangers of trans fats, which lower good HDL cholesterol and raise the bad LDL variety. Besides simply educating the public, there have been outright bans in restaurants. Food manufacturers have also obliged, displaying “no trans fats” on their food packaging. Collectively, this has led to a gradual decline of trans fats in our food supply.

Other potential contributors to the decline in cholesterol levels are a corresponding drop in smoking (which can raise cholesterol) and the low carb dieting trend.

The researchers examined a national sample of tens of thousands of Americans over the last 20 years, recording a decline of 10 points in average total cholesterol  (dropping from 206 mg/dL to 196 mg/dL).

Health authorities celebrated the drop since it met a goal set to have the average adult cholesterol level below 200 mg/dL by 2010.