Oklahoma Diabetes Rate Has Tripled Since 1995 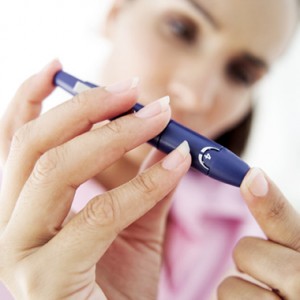 Everyone loves a winner, but there are some situations where you don’t want to be the leader of the pack. According to the Centers for Disease Control and Prevention, since 1995 the diabetes rate in Oklahoma has tripled. Ironically, part of the explanation for the growing number of Oklahomans living with diabetes is that medical advancements are extending the lives of more diabetics.

While Oklahoma had the biggest jump in diabetes rates in the U.S., it’s still not the state with the highest number of diabetics. That distinction goes to Mississippi, which reportedly has 12 percent of its residents with diabetes – the national average is seven percent. Oklahoma’s rate rose to approximately 10 percent, while other notables included Kentucky at more than nine percent, Georgia at 10 percent and Alabama passing the 11 percent mark.

While southern states saw the most dramatic upward trend of diabetes rates, they are certainly not alone. Several states north and west of the Mason Dixon Line have seen their diabetes rates more than double, including Washington, Idaho, Montana, Wyoming, South Dakota, Minnesota, Missouri, Ohio and Maine.

According to CBS News, an official with the Oklahoma State Department of Health said the solution is healthier eating, exercise and not smoking.

“And that’s it in a nutshell,” said Rita Reeves, diabetes prevention coordinator.

Weight loss surgery has made headlines in recent months for its many residual health benefits. One of those happens to be the prevention, or remission, of type 2 diabetes in many patients.

To put the problem in perspective, take a look at how the current diabetes rate compares to 54 years ago: In 1958, less than one percent of Americans were diagnosed with diabetes. In 2010, it was roughly 1 in 14.