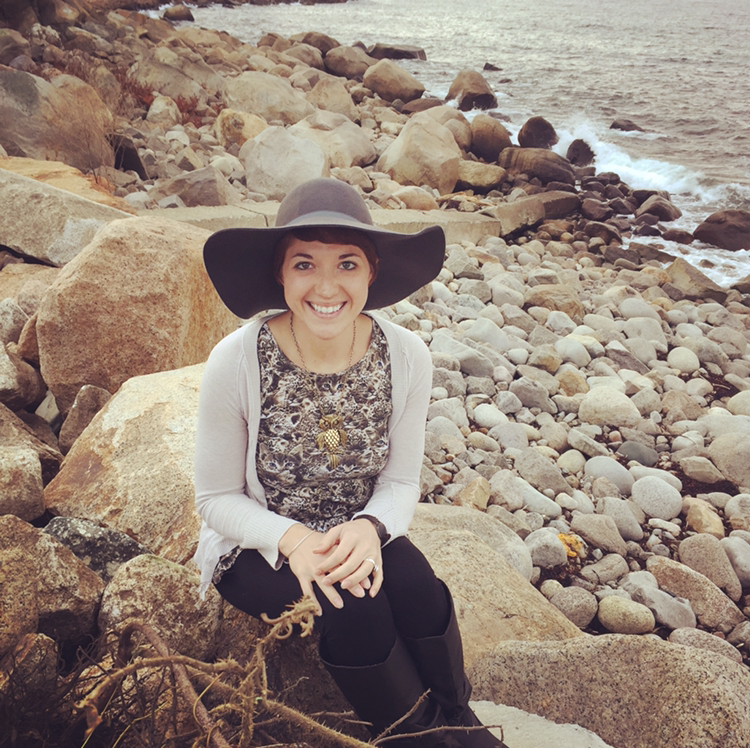 More times than not, people think “weight loss” when they hear the words “bariatric surgery”. Less often though, people think of the health benefits that come with bariatric surgery. Some seek help from WeightWise in Oklahoma because of health reasons like diabetes, hypertension, and PCOS. Where other treatments or avenues might have failed, getting a gastric sleeve or bypass might be your answer to getting rid of insulin to treat type II diabetes or even treat infertility, like Kelly.

Our Patient Spotlight is Kelly. She is open, honest, and so wonderfully and completely inspiring. Thank you, Kelly, for sharing your story. I know it will help more women than you will realize. 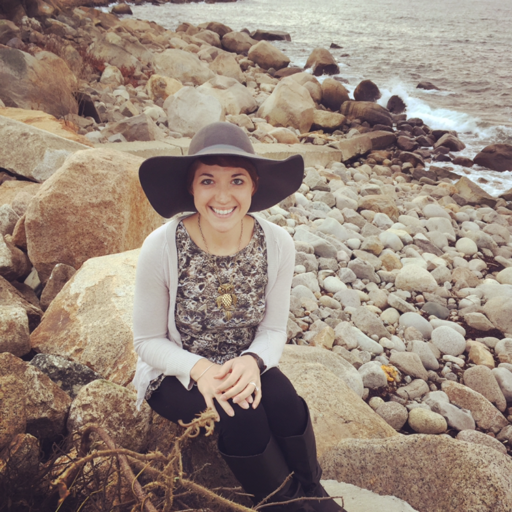 What was/is your motivation to lose weight?

My initial motivation to get the sleeve had nothing to do with losing weight. It was so that I could eventually become pregnant. I was diagnosed with PCOS in college and my husband and I had been trying unsuccessfully to conceive for about four years when I decided to have the surgery. We had reached a stopping point with the fertility specialist we were working with and I wanted take a break, get creative, and come at the challenge in a different way. A lot of connections exist between PCOS/infertility/pre-diabetes and the surgery. So I went for it – thinking, “Hey, even if I still struggle with fertility when this is all over, I will at least be really healthy for the next step of the journey.” My goal was never to lose weight (even though I knew that I would), but just to be healthy so that I could have a baby. Skinny is pretty awesome side effect though!

Kelly has lost over 90 pounds with WeightWise. And even better, she now has normal cycle after battling PCOS for years!

I have lost 93 lbs, have a healthy BMI (body mass index), and have been at my goal weight for a number of months now. 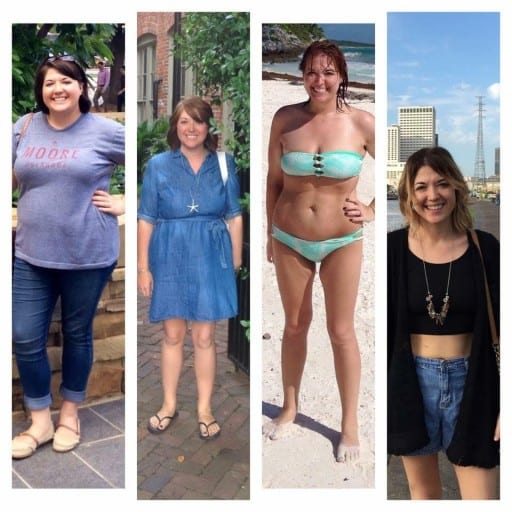 I have had a normal, un-medicated cycle for close to 12 months (which is really exciting for someone with PCOS and someone who would love to have a baby someday).

My favorite “WOW” moments in the beginning were when people who work in the samebuilding as me, who I speak with on the phone daily but maybe don’t see face to face for weeks or months, didn’t recognize me. It was hard for me to see the change in the mirror daily, but easy for me to see the shock on their face when they realized that it was me! Now, I love when people who have only met me after the weight loss see photos of me from before and don’t believe it is me!

Looking back, what advice would you give yourself the day of your surgery?

I was SUPER nervous. And hungry. I would tell myself to breathe. Be joyful – your whole life is about to change. It’s going to be hard – today will be hard – but it will get better and you will never regret it. 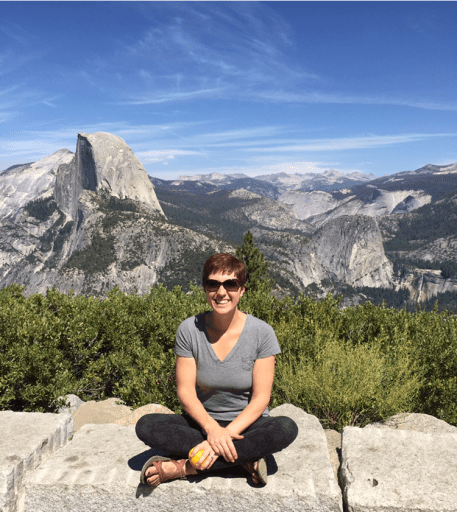 What is the one thing you do every day to ensure your long term success?

Why did you choose WeightWise? 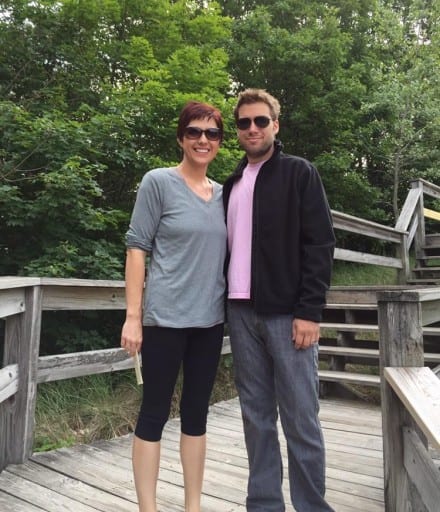 I had family members who had the surgery done a year or so before I did. But I was honestly very skeptical. What lead me to end up choosing to have the operation and go with WeightWise was that they offered equal parts challenge and support for me.  I felt challenged each time I met with anyone on staff. But I felt adequately supported and celebrated as well. That is what I need to feel successful:  loving, but truthful, accountability.

I try not to overthink it. I know what I need to do. And I do it. But I don’t obsess or fixate. In the beginning I talked and thought about it a lot. But now, I do what I need to do. I drink water. I eat three small meals. I walk. I stretch. I sleep. I live. And I try to dwell on everything that I love about my new body and my new life, instead of what I can’t have or can’t do. Because there is way more that I can do and have than things I can’t.

Dr. Walton told me early on that I would have to work hard to drown out negative voices in my life. Even from people who weren’t meaning to or trying to be negative. That stuck with me. And I have found it immensely helpful.

I caught a lot of criticism initially because of my age (I was 28 when I had the surgery). People would say, “You are so young. Why would you do something so drastic when you are so young? You could lose it if you…(fill in the blank with any number of options that I had already tried)”.

I also caught a lot of criticism because of my starting weight. I weighed 234 lbs, and I felt big, and knew I wasn’t healthy – but I lived an active life and was very energetic, so a lot of people didn’t view me as “obese.” A lot of people would say, “You just don’t seem big enough to do something so drastic.” But again, it was never about the weight initially – it was about beating PCOS and having a baby one day. And I think that is going to happen for me someday. 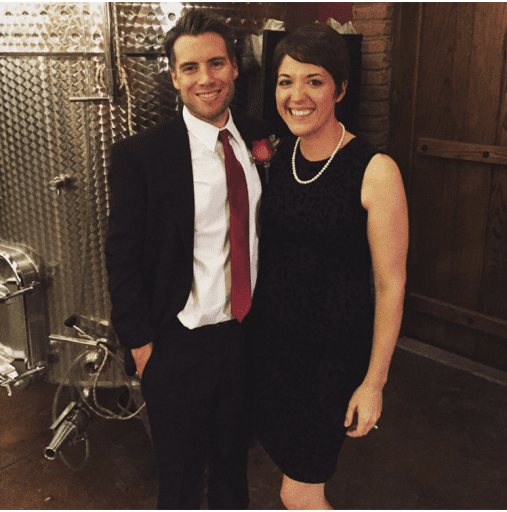 Now those voices are fewer, but come in different forms – mostly coming from people who think I am “too thin” (which I am not) or people having this strange notion that it is appropriate to comment on how much or little or what someone is eating. Those voices can eventually wear away at internal resolve or reasoning, even in a really unconscious way.

I have to remind myself, and sometimes them, that I am healthy, supported by an exceedingly competent team of physicians and health professionals, and doing exactly what I am supposed to be doing.