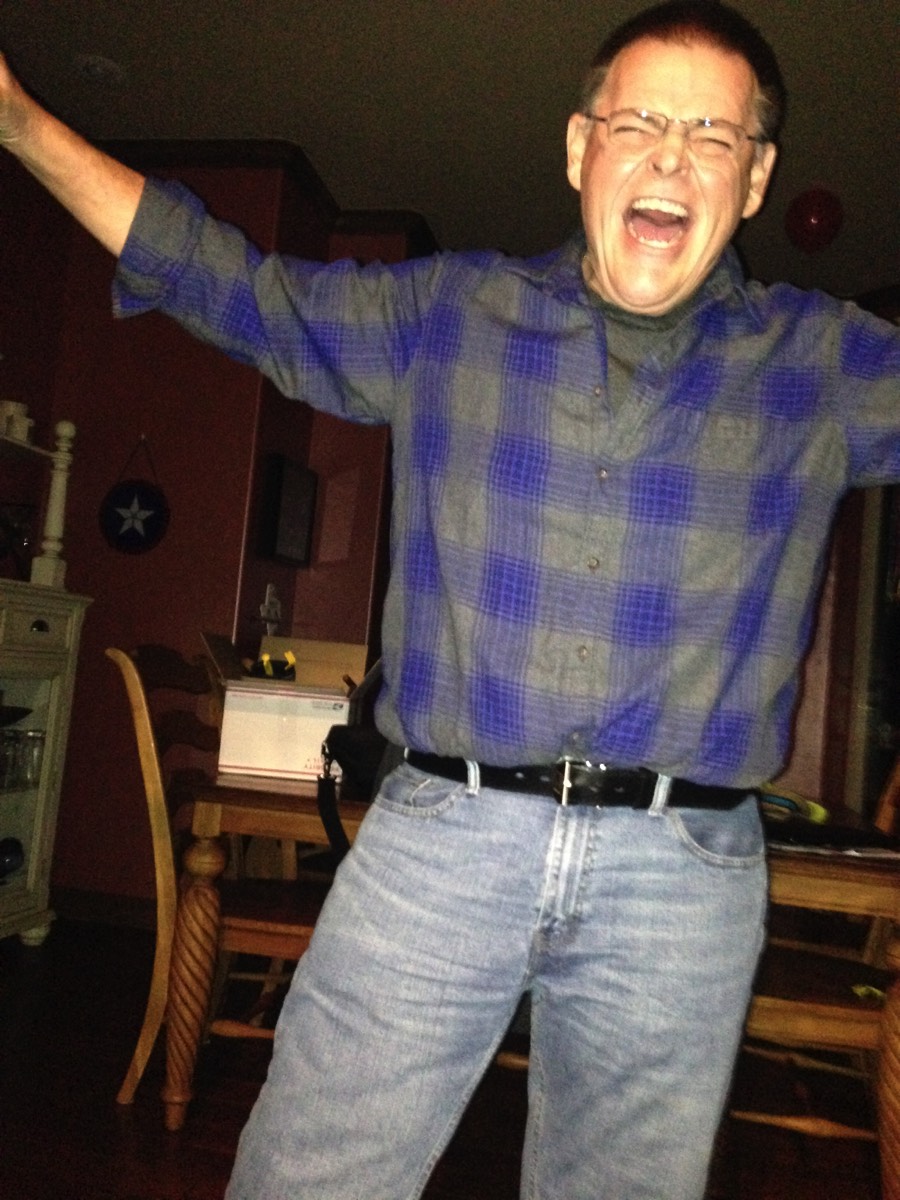 It’s another new year at WeightWise. Can you believe WeightWise is now 10 years old?! In the past year alone, our patients have lost just over 91,000 pounds— that’s you guys!

That is an amazing number. The coolest part of that is getting to see the individual progress each of you make through the patient spotlight. Here is Rick– he has lost 253 pounds. 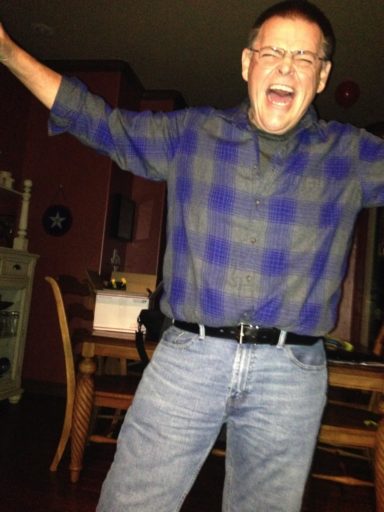 Rick after losing over 250 pounds with WeightWise!

Rick has been a constant here for over 3 years. He checks in regularly with his care team and is always willing to share information and answer questions for people at support group. His enthusiasm for life is catching. There is no one better (in my opinion) to kick off the Patient Spotlight in 2016. Thank you, Rick, for sharing your journey with us! 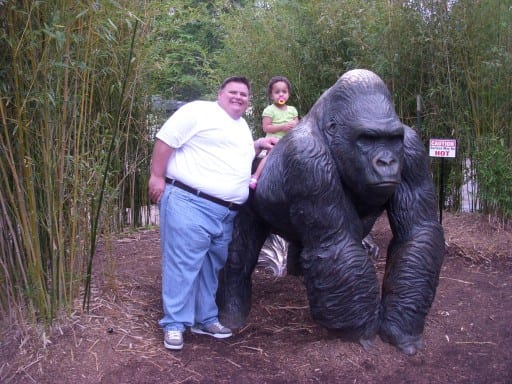 Like many who have come to WeightWise before me, I have been a fairly large individual my whole life. Fortunately for me, I was born with a frame that allowed me to carry the weight and yet still be somewhat active. As I made my way into my middle age years, the combination of age and a lifetime of carrying around an extra person began to catch up with me. Feet and knee pain resulted in less and less activity. At the same time, my wife and I had custody of, and were in the process of adopting, three of our grandchildren. I knew in my heart that those kids needed a “Dad” who could play with them and teach them the joys of the outdoors that he himself had learned years back, not a Dad who wanted to sit in his recliner every weekend. While I also wanted to lose weight for myself and to be with my wonderful bride for as long as possible, it was the thought of providing the best life possible for those little ones that motivated me on my journey. 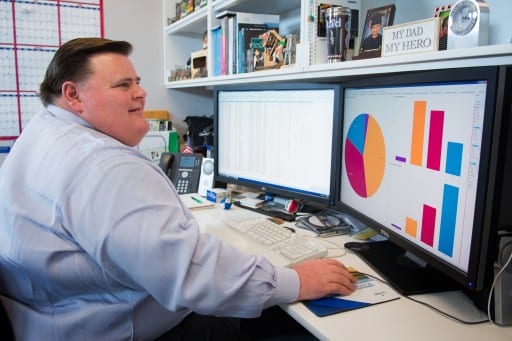 There have been so many “wow” moments that is difficult to isolate just a few, but here goes:

**After wearing clothes that were previously too small and now were getting way too baggy, I finally broke down and went to replace my wardrobe. As I went to try on a pair of pants, I looked down before stepping into them and immediately thought, “there is no way in Hades I am going to fit in these” and yet I did. As I tried on more and more pants, my brain was so conditioned to the previous me that the exact same thought popped into my head every single time regardless of the fact that very pair I tried on fit just fine. 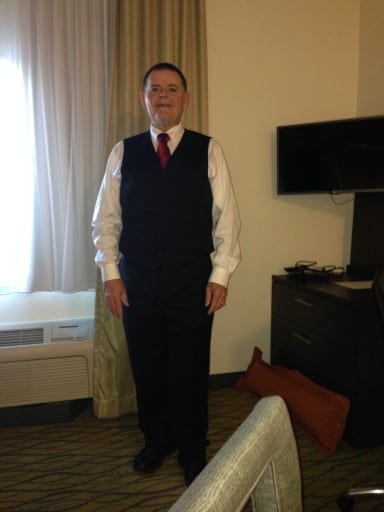 **Seeing someone’s face, whom you haven’t seen in years, realize that it is you after having not recognized you to begin with.

**Occasionally catching a glance of yourself in a mirror and not recognizing yourself!

** The best “wow” – and this comes after a while – may be seeing your old self in a photo or video and not recognizing that individual.

First, drink as much water as you can stand right up until your cutoff time. My surgery was scheduled for mid-morning, but had to be postponed to mid-afternoon the day of surgery. I cannot recall a time when my mouth has been more dry than it was that day as I sat there with the threat of having my surgery cancelled and being sent home if I so much as took a sip of water.

Second, relax and try not to be so worried. While no surgical procedure involving general anesthesia should be taken lightly, you are in the hands of a very experienced surgeon and surgical team. It is stunningly amazing how quickly this procedure is over and – at least for me – how non-eventful it was from a pain and recovery standpoint. 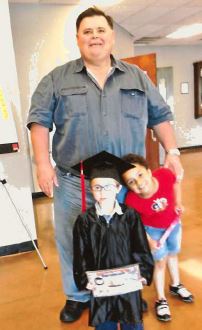 While I could simply narrow it down to one thing, there are several things that I do daily. One is to make sure that I am constantly getting the water I need. I drink more than 120 ounces of water daily. While helping to keep my energy level up, this also helps with avoiding hunger pains. I have also made little changes in my life that take advantage of my new enthusiasm for activity. I take the stairs at work rather than always using the elevator. I walk three blocks to our nearby health clinic and pharmacy rather than drive. When shopping, I park in a space far from the entrance rather than drive around for ten minutes looking for a space near the entrance – this not only saves time and gas, but also cuts down on “door dings” as there are usually no cars parked around me!

I started considering bariatric surgery in 2011 and actually consulted with another provider regarding a lab-band procedure. Fortunately for me, a young lady in that practice told me the procedure would not be covered by my company’s insurance program (which I later found out was a screw-up on her part) so this made me postpone the lap-band procedure. In the fall of 2012, I happened to run into a colleague at work that I met a year or so back through a coworker. I couldn’t help but notice that she had lost a considerable amount of weight and politely asked if she was willing to talk about her weight loss. She spent the next 30 minutes extolling the virtues of the WeightWise program and her gastric sleeve procedure. The following day, I called and made an appointment to come in! 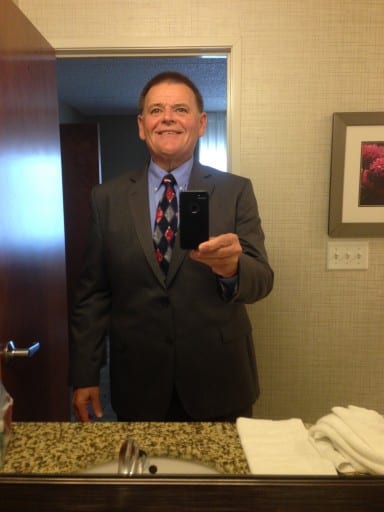 (I hate the term “morbidly obese”) individual the single best chance at conquering their weight issues. It isn’t just the surgery or the skill of the surgeons, but the combination of that with the psychiatric support, the patient advocate, dietitian and physical therapy consultation, protein supplements, bariatric vitamin supplements and the fantastic support groups. Between raising those three grand kids and work-related travel, I find it hard to attend as many group meetings as I would like, but do try to make at least one per month. They help to hold me accountable to the friends that I have made through WeightWise and to allow me to help answer questions for those who may be considering bariatric surgery. Lastly, I would like to say that there has never been a single time during my three-plus year association with WeightWise that I have ever felt like I was just a “cash cow” or a number. Everyone that I have ever dealt with at WeightWise have always left me with the feeling that they generally cared about my health, well-being and success – and that means a lot!