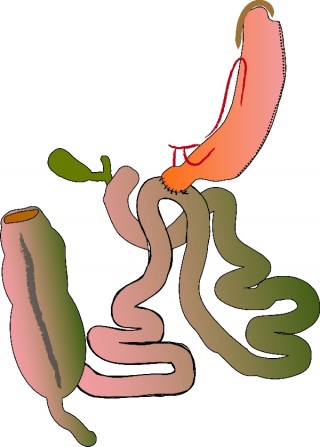 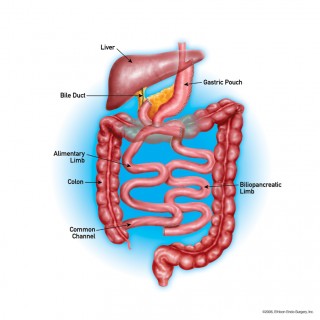 The Single-Anastomosis Loop Duodenal Switch, also known as stomach intestinal pylorus sparing surgery (SIPS), or single loop duodenal switch,  is a weight loss surgery now offered as a surgical option at WeightWise. This surgery is a modification of a well-known, and very aggressive, malabsorptive operation called the Duodenal Switch.

The original Duodenal Switch (DS) operation carries a higher Type II Diabetes Mellitus (DMII) resolution and higher percentage of weight loss than any of the other currently available operations; however, the original DS also carries a significantly higher rate of malnutrition and severe vitamin deficiencies. The current outcomes for single-anastomosis loop duodenal switch is based on two years of patient follow up which show lower rates of malnutrition and vitamin deficiencies compared to the original DS, but with comparable weight loss and Type II Diabetes resolution.

Additionally, the single loop duodenal switch, as its name may suggest, only transects the small intestine in one place, rather than two as it does with the DS. This creates a longer channel length than the standard DS surgery, which allows for significantly less malabsorption and vitamin deficiencies.

This surgery also preserves the pyloric valve, which controls emptying. Because of the portion of the stomach that’s removed in the single-anastomosis loop duodenal switch–the stretchy upper section–the important and essential stomach functions are kept, like the pyloric valve and antrum are kept in tact, preventing the uncomfortable dumping side effect that can happen with other bariatric surgeries.

In the recent past, surgeons have become interested in modifying the formal DS to take advantage of its DMII resolution and excellent weight loss while minimizing the malnutrition, vitamin deficiencies, and diarrhea risks. The “single anastomosis DS” is the result of that research.

First, a laparoscopic sleeve gastrectomy (LSG) is performed. The LSG restricts food intake by removing approximately 70 to 80 percent of the stomach. The stomach takes the shape of a tube or “sleeve” which is roughly the size and shape of a hot dog. The portion of stomach that is removed is one of the key areas that produces ghrelin, a hormone which stimulates hunger and appetite. By removing this portion of the stomach, that hormone is suppressed, reducing hunger in patients.

Then, the intestine is divided one time just past the stomach and a “loop” of small bowel, approximately 300cm from the end, is connected to the duodenum. This creates 300cm of common channel which significantly reduces malnutrition, severe vitamin deficiencies, and diarrhea. The single loop duodenal switch is also a much less technically complicated surgery than the traditional duodenal switch.

Is this the best surgical option for me?

Our surgeons, Dr. Walton and Dr. Broussard, will take your health history and other lifestyle factors into consideration when discussing your best surgery option. Some individual factors to consider for the single anastomosis procedure:

What are the results?

Small samples of patients at two years post-operation have shown >95% excess weight loss and >90% achieved complete remission of DMII. With this operation,  side effects like dumping syndrome are minimal, and you can continue to take aspirin and nonsteroidal anti-inflammatory drugs (NSAIDS).

As with any bariatric or weight loss surgery, a key component of long-term success is  dependent on the patient’s continued efforts in exercise and nutrition. It is important to note that the longest term data is just 4 years old, so longer term weight loss, DMII resolution, and long term complications are unknown at this point.

Our clinical team at WeightWise is now offering this procedure! Sign up for one of our FREE informational seminars, either online or in person, with more details about the Single Anastomosis Loop Duodenal Switch procedure as well as the original duodenal switch surgery. Determine what bariatric surgery option is right for you, by attending the seminar or contacting our team.