A Short History of Bariatric Surgery 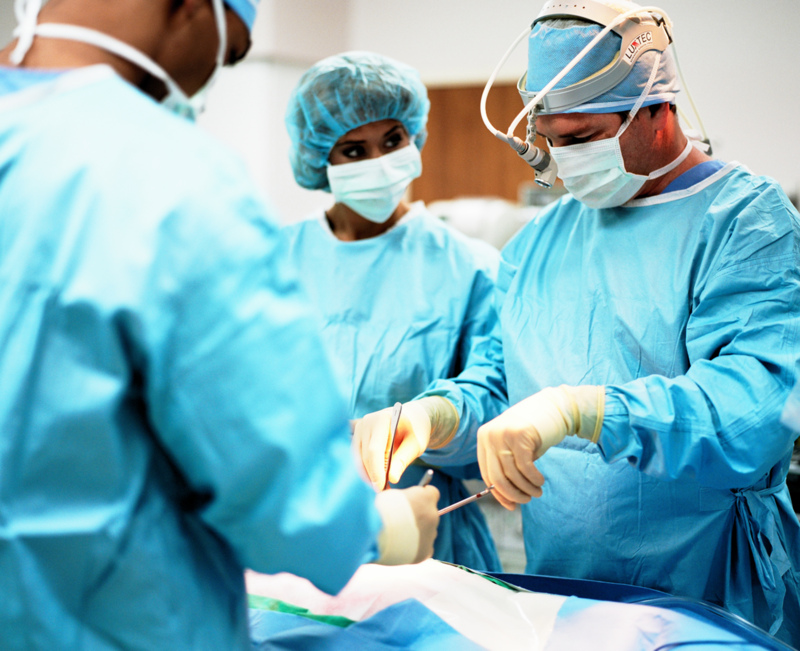 The “discovery” of a surgical procedure specifically designed to assist a patient with weight loss occurred somewhat by accident. In the mid-1950’s, physicians noted that patients who had lost a portion of their small intestine tended to lose weight despite increased caloric intake. We now know that this occurred because the majority of nutrient absorption occurs there.

That observation led to the first true bariatric procedure being performed by a team of surgeons in 1963.
It was called the jejunocolic bypass. The operation was effective for weightloss, but came with a myriad of complications including severe vitamin depletion and diarrhea. It was quickly modified to another procedure based on the same concept called the jejunal to ileal bypass (or the JIB). Again, this was a very aggressive malabsorptive operation. Surgeons cut the jejunum in two, about 4 to 8 inches from the beginning of the small intestine. Then the proximal part of the transected jejunum was connected to the distal ileum, about 4 to 8 inches from the end of the small intestine. This resulted in a very short distance for food to travel in the small intestine, which caused significant malabsorption. One-third of patients need a reversal because of serious mineral and vitamin disturbances despite significant weight loss. Another sizable portion of the patients died from liver failure because the intestinal distance was too short. This happened over a longer period of time, approximately 10 to 12 years. Therefore, it was abandoned.

A procedure called the vertical banded gastroplasty was the first surgery to gain popularity. It took another tack in helping people lose weight. Whereas the JIB caused severe malabsorption, the vertical banded gastroplasty was made just to limit the amount of food people could eat. A small pouch was partitioned with staples from the large distal stomach. The opening between the small pouch and the remaining stomach was about the size of an adult’s little finger. To keep this opening from stretching over time, a plastic band was placed around it, hence the name vertical banded gastroplasty. This operation has lost favor over time because it was hard to eat real food, as the opening out of the pouch was so small. This resulted in increased hunger. Patients also realized that they could eat low-viscosity, high-calorie foods such as a chocolate milkshake. In some people, the staple line would break down over time. The stomach would become whole again and, predictably, people regained their weight. Because of these shortcomings, this operation has not been performed since the mid-1990’s.

The lessons learned from early attempts at bariatric surgery have led to the safest and most-effective weight loss procedures we have. The roux-en-y gastric bypass is the gold standard of the bariatric surgery and has an excellent track record of safety and efficacy. It was the first procedure to be performed laparoscopically, which dramatically reduced the risks associated with surgery. There is much more information about the roux-n-y here. Another concept that was kept and improved upon led to the development the gastric band. This procedure involves the placement of a hollow, flexible band around the top part of the stomach to separate it from the lower part. It was accepted quickly because it provided good weight loss results and didn’t require permanent modification of the anatomy. There was also a port placed just under the skin, which allowed surgeons to increase or decrease the tightness of the band via adding or removing fluid from the band’s reservoir. The biggest problem with “the band” was and is that patients can still consume low-viscosity, high-calorie foods. Thus the band’s effectiveness can be negated by a lack of change in diet. The other issue is that repeated visits to a physician are necessary to fill or unfill the band. The band procedure is still performed today, but due to increased safety of other, more-permanent procedures is no longer the preferred operation of most patients or surgeons.

The gastric sleeve is a much newer operation and has less of a track record, but the data we have to this point indicates results that are comparable to the roux-en-y. According to ASMBS, the sleeve has become the most popular procedure in the United States. This is another operation for which we have an entire page of information about the gastric sleeve procedure.