I don’t know what it is, but I love stuffed food. But you guys probably know that judging by the number of stuffed turkey burgers, meatballs, and chicken recipes I put up. There is just something about cutting into a piece of chicken and have a surprise waiting for you. Well, here is another one for you….Stuffed Pork Loin (plus it’s wrapped in something too!)

There you have it, stuffed and wrapped to perfection! I served this with a tomato cucumber salad and it was a hit! 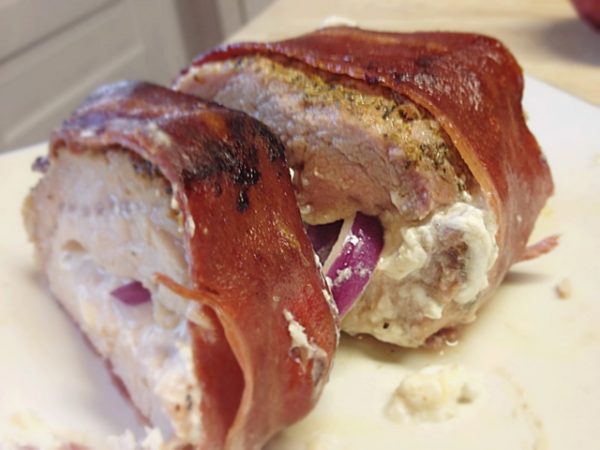