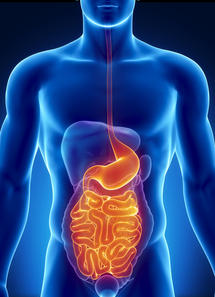 A pair of recent studies have unearthed a potential bonus benefit to weight loss surgery besides the calorie restriction related to consuming less food. While examining the role gut bacteria have in gaining or losing weight, gastric bypass surgery appears to be successful partly due to a shift it causes in the balance of that bacteria in the digestive tract. Dr. Lee M. Kaplan, director of the Obesity, Metabolism and Nutrition Institute at the Massachusetts General Hospital and associate professor of Medicine at Harvard Medical School thinks this news may lead to gut-bacteria adjusting treatments that can help people lose weight. Remember, not everyone is a candidate for weight loss surgery, but still have excess weight that can lead to health problems. According to Centers for Disease Control statistics, about 80 million adults in the U.S. are obese. Just 200,000 of them have bariatric surgery performed. According to Dr. Kaplan, his study is the first to see if microbial changes may be partly responsible for weight loss after gastric bypass surgery. Using mice as their subject, the researchers found that their gut bacteria changed after gastric bypass surgery. When they transplanted these microbes into sterile mice who have the procedure performed, they lost weight quickly. Experts are still a little in the dark about why changes in gut bacteria may cause weight loss. Though it seems that the microbes stoked the mice’s metabolism, the weight loss was at about 20 percent of those who had gastric bypass. “There is a need for other therapies,” said Dr. Kaplan. “In no way is manipulating the microbiota going to mimic all the myriad effects of gastric bypass. But if this could produce 20 percent of the effects of surgery, it will still be valuable.” It may be awhile before this can be replicated in people. For now, most of us can probably still use “old-fashioned” methods to reach a healthier weight, such as more (or any) exercise and a few modest changes to our diets. But if or when it happens, it could have a major impact on public health. “We need to learn a good deal more about the mechanisms by which a microbial population changed by gastric bypass exert its effects, and then we need to learn if we can produce these effects – either the microbial changes or the associated metabolic changes — without surgery,” said Dr. Kaplan in a press release. “The ability to achieve even some of these effects without surgery would give us an entirely new way to treat the critical problem of obesity, one that could help patients unable or unwilling to have surgery.”