STUFFING!! Since I was little, stuffing has always been my favorite Thanksgiving side dish. Now I do not mean any stuffing, it has to be my grandma’s stuffing. She attempted to not make her stuffing for Thanksgiving a few years ago, which I was not happy about. I convinced her to show me how she makes it so tasty so that I would never have to worry about missing out on it again. Now stuffing does normally have some kind of cornbread/bread in it. However, have no fear because you can make ANYTHING with cauliflower now. This recipe mimics what I love about my grandma’s stuffing by remaining loaded with veggies and packed full of seasoning (I usually add a little extra too).With this low carb stuffing, you can still enjoy a tasty version of stuffing for the holidays and not feel like you are missing out :). 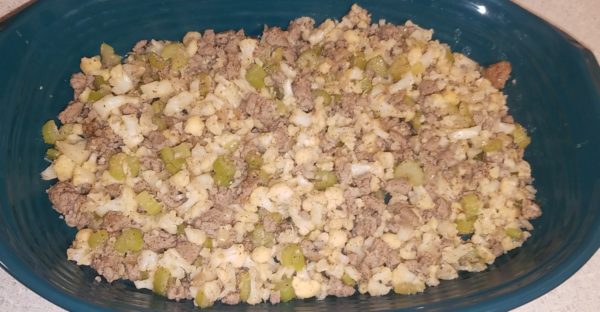 Are You a Candidate for Weight Loss Surgery?